“Luxury must be comfortable, otherwise it is not luxury.”

Fact #1. Cashmere is rather expensive. Why?

The answer is quite simple: limited production and high demand. There are only a few areas where the cashmere goat can be bred limiting the yarn’s production. In the isolated highlands of Kashmir, an area located between India, Pakistan, China and Nepal indigenous cashmere goats roam year round. Up on high, the extreme temperatures, harsh winds and all-around brutal conditions do not affect these tough goats. This is due to their special coats’ structure a very soft and thick undercoat and a tough, coarse outer one. The secret of sought after cashmere fiber lies in the undercoat, also known as duvet. This soft undercoat covers the color spectrum all the way from pristine white (most valuable) to black. 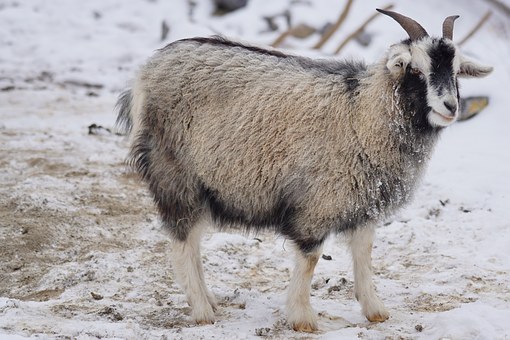 Each Kashmir goat is capable of producing (on average) only 4-6 ounces of fiber per year. Cashmere goats are only sheered during their molting season in spring. The spring season provides a limited window of opportunity to sheer the hair and produce the wool, making cashemere very expensive.

Apart the nature causes for exclusiveness, the cashmere production is very labor intensive. It takes a lot of hard work right from sheering the goats to separating and sorting each hair strands individually by hand. Traditionally the spinning and weaving is done by families and all by hand; the women spin and the men weave. This handwork is essential to make the most excellent finished product possible. It takes a skilled laborer months to prepare wool for a single sweater. Beyond that, in order to produce one sweater, one will need wool from between 3 and 5 goats.

Fact #2. Napoleon was the fist who introduced cashmere to Europe.

Some history. The earliest uses of cashmere likely came from Nepal and parts of Persia, where tribes could harvest the wool of mountain goats to use for clothes. Chyrangra mountain goats were valued for their thick coats, obtained as a response to the harsh conditions of the Himalayas. Removing the underbelly fur of these goats became an important seasonal ritual in these remote areas.

For centuries, Cashmere was actually known as Pashmina (from ‘Pashm’, the Persian word for wool). You can see references to Pashmina in Indian documents dating back to the 3rd Century BC. But it only grew into a proper industry in the 15th century thanks to Zayn-ul-Abidin - then leader of the Kashmiri region - who introduced weavers from Central Asia.

The term “cashmere” only came in during the 16th Century, when it was used to describe the shawls spun by Kashmiri craftsmen on the Silk Route bound for India. Even though very little cashmere actually came from Kashmir, the name stuck.

It wasn’t until even later still - in the early years of the 1800s - that cashmere hit the fashionable halls of Western Europe. It first arrived to Paris worn by the wife of a French General-in-Chief, who had bought it while campaigning in Egypt with Napoleon. It quickly became the most sought after (and expensive) status symbol of the day - and has arguably kept that position since.

Cashmere’s popularity amongst the European upper classes by the end of the 18th century was represented by a number of long-running trends, including the wearing of shoulder shawls and their combination with high waisted dresses. The Empress Josephine, wife to Napoleon Bonaparte, particularly helped to spread the fashion for wearing pashmina style shawls. Paisley designs also became one of the standards for judging the quality of different cashmere items, and to the growth of goat farming and cashmere harvesting in Scotland, creating an industry that still exists today.

Fact #3. It takes the wool of 2-3 Cashmere goats to make one scarf.

Also astonishing is the amount of yarn you need to make a scarf or sweater, and how labour intensive it is to do it. It takes the wool of 2-3 Cashmere goats to make one scarf. For example, if you were to comb the wool off one Cashmere goat, it would take you 4 years to gather enough hair for one standard sweater.

Once this ultra fine yarn is woven, however, it produces one of the warmest materials you can find on the planet, one that’s eight times warmer than sheep’s wool.

It’s also fantastically soft and supple; cashmere scarves are often known as ‘ring scarves’ because a full-sized scarf can be pulled through a finger ring.

They have long curling horns and grow long shaggy coats of hair. In the winter they grow a fine, dense, downy undercoat to protect them from the harsh cold. During spring time hair from their undercoat is combed by herders before the animals have a chance to shed it. Contrary to popular belief the undercoat grows all over their body, not just their underbelly.

Cashmere goats are hardy animals slightly smaller in size than ordinary goats. They can endure harsh winters, hot summers and long periods of drought. They can get by on little water and eat the coarsest grasses. They can eat grasses right down to the roots, resulting in a land degradation, soil erosion and desertification being somewhat destructive.

The number of cashmere goats in Mongolia doubles between 1992 to 1999 from 5½ million to 11 million. The best cashmere comes from Mongolia, Nepal, Inner Mongolia (China) and Tibet because they are so cold. The cashmere from Iran and Afghanistan is deemed lower quality because the temperatures nowadays there are not low enough.

Cashmere fiber is much like sheep’s wool, but warmer and not itchy. It is lacking in lanolin, which makes it hypoallergenic and also allows it to be processed without the need for high temperatures or harsh chemicals in washing. All these qualities make cashmere a supreme product for babies.

Cashmere absorbs and releases water vapor as humidity rises and falls, which is why it works so well as a natural insulator. According to experts, cashmere will keep you warm 8 (!) times better than ordinary wool. 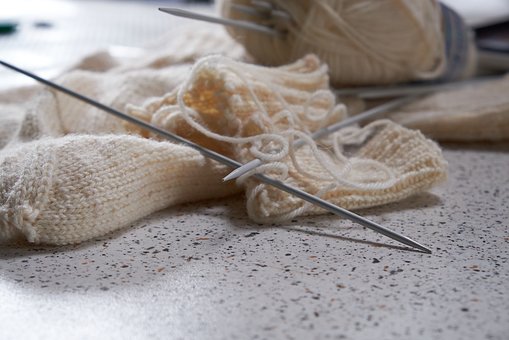 Fact #7. There is no formal difference between Pashmina and Cashmere.

Karl Spilhaus, the president of Boston’s Cashmere and Camel Hair Manufacturers Institute said “Pashmina is just cashmere … there’s no difference between the two. The Pashmina is simply the Indian word for cashmere”. The popularity of products marketed as pashmina has increased in recent years, yet most consumers aren't sure what pashmina is. That's not surprising, as pashmina is not a labeling term recognized by the Wool Act and Rules. Experts tell the Federal Trade Commission (FTC) there is no pashmina fiber that is separate and distinct from the cashmere fiber.

The fiber content of a shawl, scarf or other item marketed as pashmina must be accurately disclosed. For example, a blend of cashmere and silk might be labeled 50% Cashmere, 50% Silk, or 70% Cashmere, 30% Silk, depending upon the actual cashmere and silk content. If the item contains only cashmere, it should be labeled 100% Cashmere or All Cashmere. The label cannot say 100% Pashmina, because pashmina is not a fiber recognized by the Wool Act or regulations

Fact #8. Not all cashmere is created equal.

When you are paying for 100% cashmere, you should be getting 100% cashmere. And it can not be cheap. It is common for some manufacturers to use yarn that has a lesser percentage of cashmere than promised. We have regular tests done to check the purity percentage of our cashmere and we are so confident about our purity that we offer a 100% lifetime purity guarantee so you can always be certain you are getting the highest quality 100% cashmere product.

Is cashmere by LUCKY BIRD worth the investment? We believe it is…

Find out the last trends of LUCKY BIRD Cashmere. You will love it!